The Origin of Mascara: Symbol of Charming 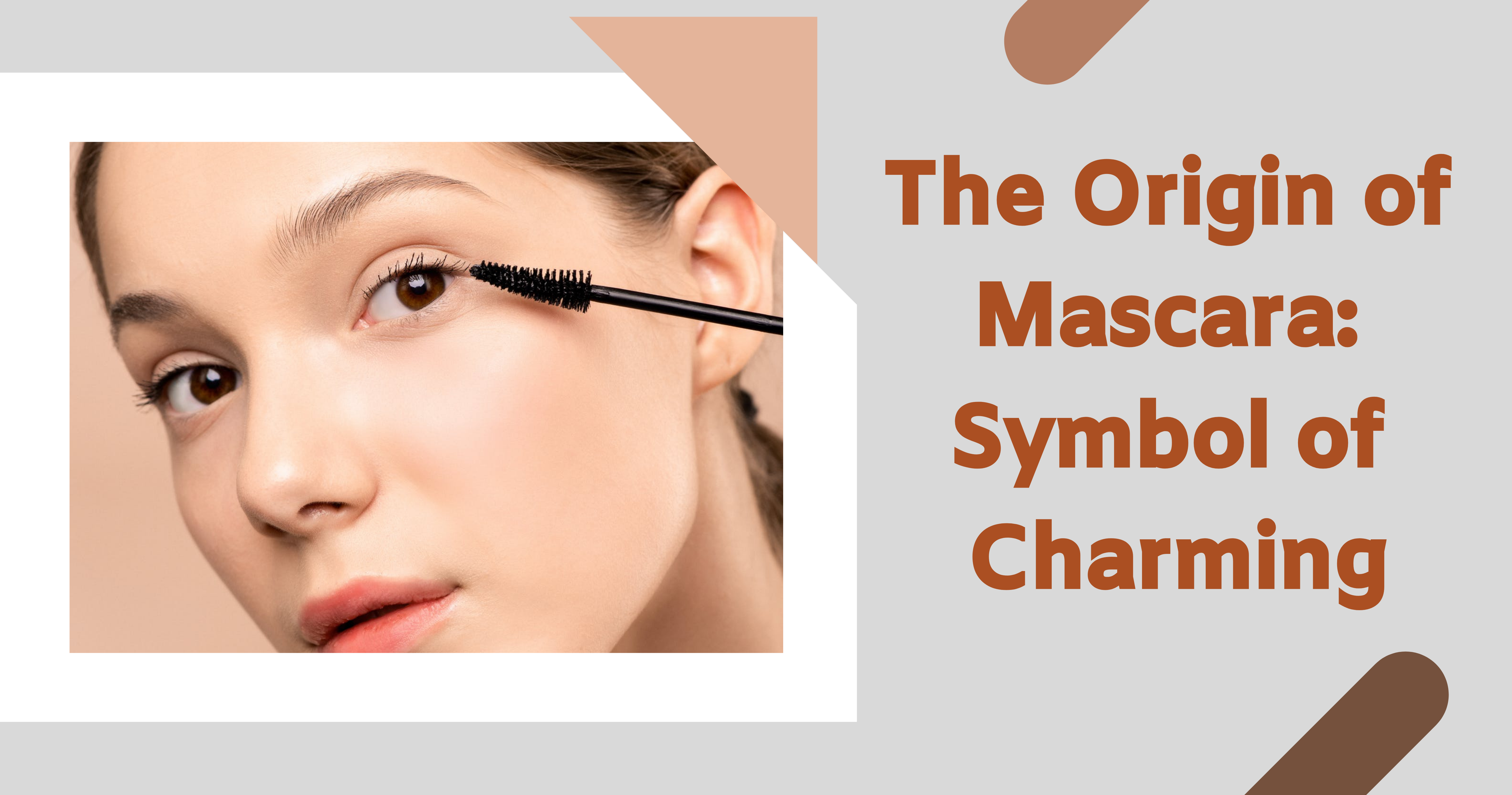 The focus of makeup is on the eyes, and for eye makeup, mascara is an absolute must. But for the mascara you use every day, how much do you know about the history of its transformation? Over the centuries, mascara has undergone several changes and has become more sophisticated with people’s pursuit of beauty. The history of mascara can be said to suffer a few twists and turns and unexpected things. Now atomee will talk with you about the interesting origin of mascara.

Let’s start with the timeline.

When mentions the origin of mascara, ancient Egyptians are no exception. The ancient Egyptians loved exaggerated eye makeup and tried hundreds of methods to make their eyelashes look thicker. From burnt almonds to the use of lead, they found the secret that has always been used to ensure that the color is pure and doesn’t come off. That is the ingredient: crocodile dung and honey.

The ancient Romans believed that long and black eyelashes were a symbol of fidelity and chastity. Because they thought that excessive sex would cause the eyelashes to fall off. To prevent this, they used burnt rose petals and ashes mixed with antimony to coat the eyelashes. And they would also use cosmetics to make their eyelashes look fuller and longer to show their chastity.

In 900 A.D., Ziryab, a Persian writer and originator of fashion, establishes a school in Spain. He dedicated to teaching makeup skills, in the school he teaches women how to make mascara and other cosmetics using a mixture of soot and antimony.

And then in 1500, during the Renaissance, due to ecclesiastical constraints, only people like the famous Simonetta Vespucci (Botticelli’s painting) wore makeup. The most sought-after mascara product of the time was a crushed powder of pecan shells, which made the lashes look darker.

While in the 1850s, Victorian women were very keen on make-up and the long eyelashes were promoted by the Pre-Raphaelite Brotherhood, and mascara became an unprecedented hit, with ingredients of course including more kinds of ash, even elderberry ash, and oil lamp ash.

Eugene Rimmel (yes, don’t be surprised, that’s Rimmel now) first marketed a mascara that is made from wax paste and soot. Unlike modern tube mascaras, the cake-strength mascara sold at the time required dabbing your lashes directly onto the cakes. And there is a story about the origin of the first real mascara.

The beginning of story

There is a girl called Maybel in the United States, she likes a man named Chet. Later, God willing, the two fell in love together. But the relationship did not last long. Soon after Chet will fall in love with another woman because the appearance of this woman was better than Maybel. And despite Maybel’s efforts to win back, he still didn’t come back. Frustration led to her daily depression. Gradually, her brother, Williams, discovered the situation. He asked for the reason carefully. Maybel told the whole story and asked her brother for help on how to become beautiful. At that time, the cosmetic surgery business was not as flourishing as it is now, and it was a pipe dream to change her appearance.

The beginning of mascara

This dilemma has always been on Williams’ mind, and it is hard to let it go. It is worth mentioning that Williams was a chemist. So presumably, since he chose to take the academic route, he had the intention of not giving up until the problem was solved. And one day, he finally found that the most attractive doll was not the reasonably proportioned appearance, but her curved eyelashes and large eyes, which immediately captured people’s hearts. Inspired by this, Williams thought that though he could not make his sister beautiful by changing her appearance, he could achieve this goal by modifying her eyes. Next, he began working on a material that would make the eyelashes thicker, longer, and curlier. In 1914, the world’s first mascara was born! After applying the mascara, Maybel’s eyelashes became thicker and her eyes look more charming, just like Barbie’s. Chet was attracted by her charming eyes and eventually returned to her. And the two eventually became a couple.

The mascara was later named Maybelline Mascara. So the name of the originator of mascara, Maybelline, was derived from the merger of Williams’ sister’s name, Maybel, and Vaseline, the main ingredient of the mascara.

A mascara called Lash Lure claimed to make lashes forever dark, but it caused several women to lose their eyesight. This accident prompted the enactment of food, drug, and cosmetic regulations in the United States and increased regulation of personal care products by the FDA.

Mascara was the first product to emerge from the concept of “waterproof makeup”, which first appeared in 1938. When mascara products used 50% turpentine to achieve a waterproof effect, which was actually very irritating to the eyes, causing them to become red and watery.

After this period, mascara became popular among the general public. Major cosmetic companies began to refine their mascaras, gradually resulting in the tube mascara we see today. Hope now you got a little knowledge about the origin of mascara.

a. The first company to invent the tube mascara you see today was Revlon. 1958, this first tube mascara was sold for only $2.

b. Maybelline’s hottest selling mascara, Great Lash, actually appeared in 1971. The green + pink tube packaging of this mascara that is now available on the market has not been updated for 40 years in a row.

c. Most mascaras sold on the market have Guanine guanine, an ingredient that gives the mascara its shine, from fish scales.

d. Why do many girls unconsciously open their mouths when they brush mascara? Because the action of opening the mouth opens the eyes and reduces the blink rate.

e. According to the FDA, the most common accident involving makeup or make-up injuries is the insertion of a mascara brush into the eye.

f. Mascara has the shortest shelf life of any makeup product and should be replaced about three months after opening. So a woman who wears makeup will normally spend close to $4,000 on mascara products over her lifetime.

How to apply mascara correctly?

Before applying, use a tissue to rub off the excess cream on the mascara brush head, this works very well and makes the mascara clear.

Apply only at the base of the lashes in a zigzag pattern to enhance the lift of the lashes. Brush in the direction of the middle of the lash and towards the end.

Finally, use a cotton swab to rub off the excess cream in the direction of the curl to define the curve of the lashes.